Always glad to know that there's somewhere for me to chow down on a plate on good and cheap wanton mee. Dropped by the ever popular Foong Kee along Keong Saik Road couple weekends ago and had one of the best wanton mee I had in a long time. Totally enjoyed the char siew and springy noodles. But I reckon the joint is usually too damn crowded on weekdays so I'll probably be back on another weekend. 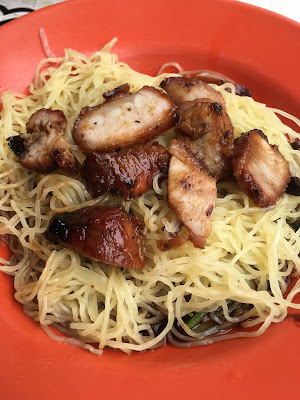 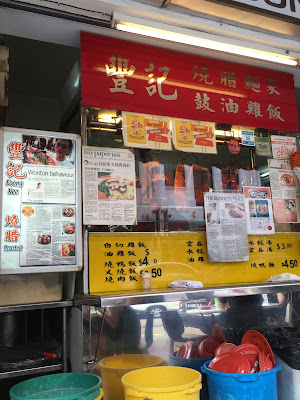 I have always loved the Simpsons TV series since they first appeared on the Tracy Ullman Show but I'm sure most fans would agree, the last couple of seasons haven't been all that good at all but we soldiered on and I'm to say that last week's episode "Pork and Burns" featuring the return of Spider-Pig from the Simpsons movie was the best in years. Yes, there's a pig involved so it might not be politically correct for all audiences but it's absolutely hilarious. So many spoofs involving Grey's Anatomy and even Whitney Houston. It's so funny I'm still re-watching that last scene again and again on my iPad. And it's driving the baker-at-home crazy.

I'm also finally catching up on the Preacher mini-series, great show and (almost) as violent as the comic book series. But plot-wise it's quite a departure from the comic. Got the chance to watch the infamous lady Ghostbusters too and it wasn't as bad as the reviews made it out to be but the villain was probably the lamest antagonist in movie history ever. Sure glad I didn't have to pay to watch it. It wasn't terrible but not bloody worth the admission ticket IMHO. Oh, and I have yet to watch the last season of American Horror.