Well, it's the end of the year and I figured I'll just give thanks to the "good stuff" of 2014. For starters, I'm so glad that I was able to read more (analog) books and wrote more short stories than in the last couple years. One of the highlights of 2014 has gotta be my trip to Indianapolis for Gen Con and then to New York. This year, there was baking in the tiny apartment kitchen, relic hunting in the old family home and lotsa eating all across the island. 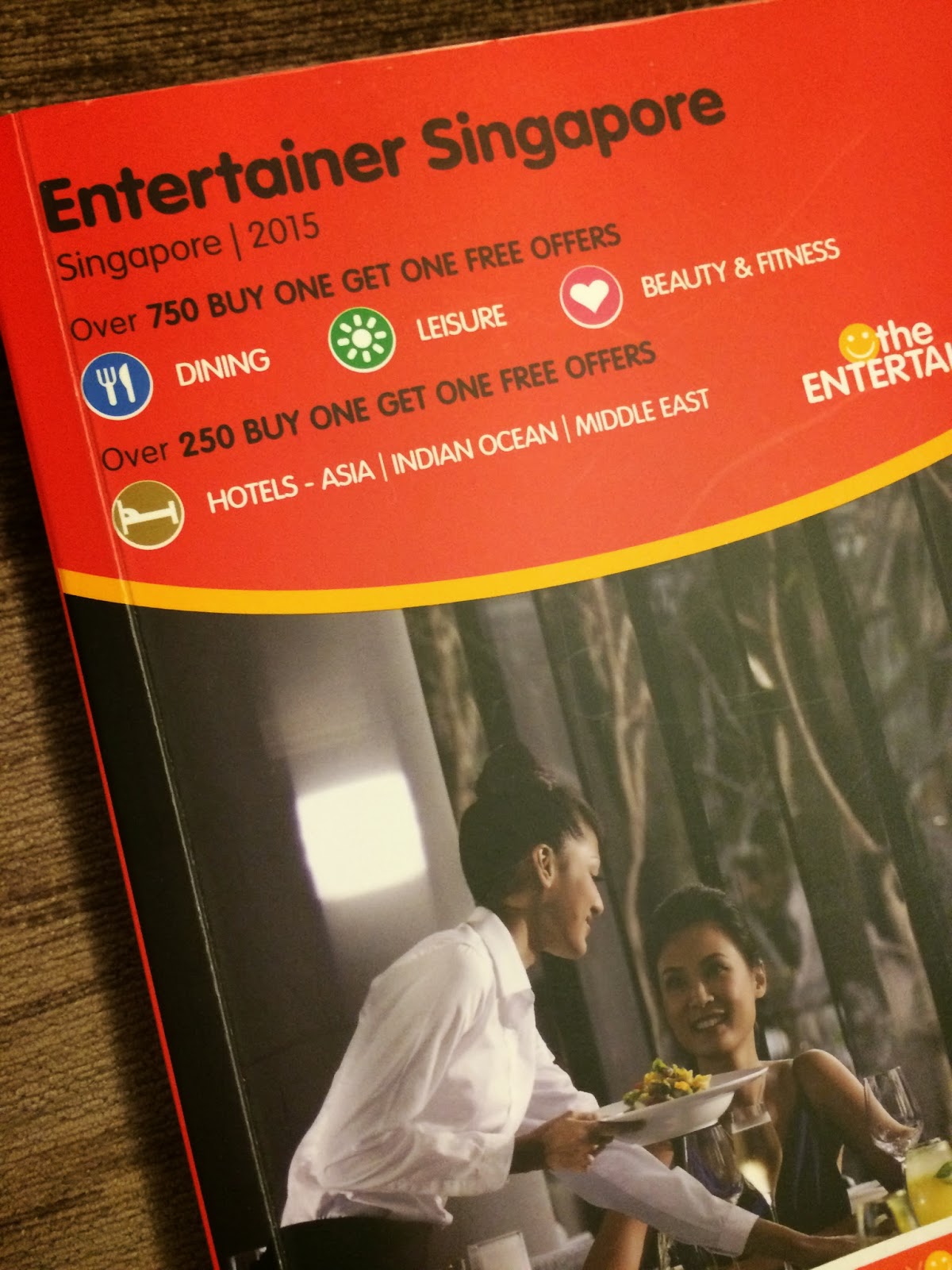 So one way I'll be stuffing my face next year is with the latest edition of the Entertainer. We got the 2014 edition as a birthday gift and we had a blast with the dining coupons in it.

One last thing I just wanna say bout eating and 2014 is something that annoyed the heck outta me. I call it the Worst Food Trend of 2014. I also call it the Seafood Smashing Syndrome or Crustacean Crushing Crisis. More than couple of such joints have opened this year. It's where you pay a ton of money for a little bag of crustacean seafood and vegetables in some mundane sauces. Empty that bag by pouring its contents all over your table before eating that messy spill with your hands. Hey, I don't mind the idea, the food's alright but what really pisses me off are the crazy exorbitant prices you pay for something so little. I know seafood ain't cheap but really, some of the prices are plain ridiculous. Nah, I'm not gonna name names here but it's pretty easy to find them online.