Cavalock and The Phase Two Deux: The Sequel

Whew! Just got back from a lockdown toilet paper run! Nah, just kidding. But it is time again for a (semi)-lockdown as we return to Phase Two. This time we all kinda got a little practice on what to do and expect as we hunker down for another 3 weeks. Well for starters, my gym will be closed so I reckon that'll free up some of my mornings. Three times a week at the gym, that's the minimum the doc recommended after my last medical. Plus I always try to grab a 'healthy' lunch at either Daily Cut or Kepos at Raffles Place after a session. I guess it's back to char kway teow! Hah! 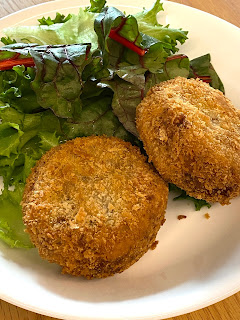 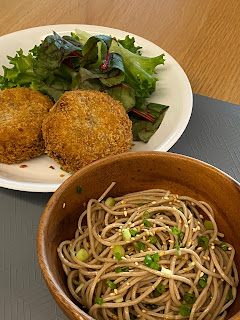 I guess one thing to look forward out at Phase 2 Deux is more home-cooked meals. The Baker-at-Home has perfected these amazing potato and beef croquettes. They are kinda like the ones that we had in Japan. And she also made some soba to go with it. The fresh leafy veggies that our friend gifted us are from a local farm. They are from Backyard Fresh and they came hand-delivered in a nice big box, like one them cake boxes. 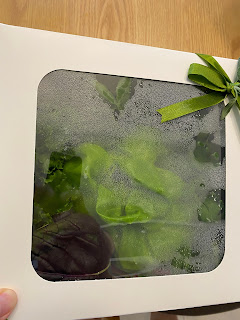 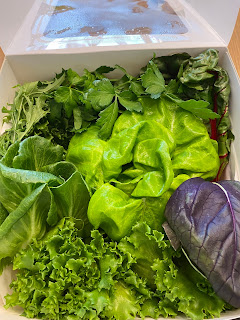 Now if you are gonna be stuck and don't what to do, I strongly recommend the TV series Resident Alien. I believe it's on the Syfy channel or if you are ...er... resourceful enough, you could find it online. There are only ten episodes in the first season and the second season has already been given the green light, so you know it's good! About a less-than-friendly alien who crash-landed on Earth and has to disguise as a small town doctor. It's suspense, comedy and murder mystery all rolled into one, starring the talented Alan Tudyk who is no stranger to sci-fi roles. Remember this song when you watch the season finale, that scene is hilarious!
Posted by Cavalock at 8:00 am