Still reminiscing bout my Hokkaido trip even though its been almost a month since we were there. So that means it's time for the obligatory food collages! From Hakodate to Otaru to the city of Sapporo, it was fun exploring new eateries as well as re-visiting old ones like fried chicken joint Wakadori Jidai Naruto Honten. One of the most memorable meals we had in Sapporo was back at Salvatore Cuomo. Enjoyed the amazing steak but what we won't forget is the electrifying atmosphere during the live telecast of the Rugby World Cup match between Japan and Samoa. I'm not into live sports telecasts but that night in that restaurant during the match, that was something. All that cheering was rather infectious, unfortunately there were no free drinks after the victory laps. Hah! 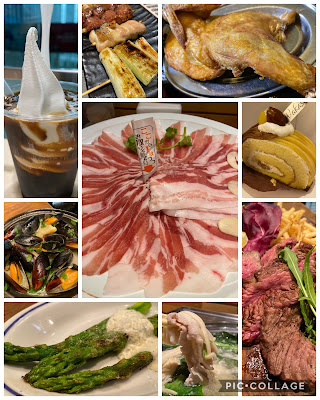 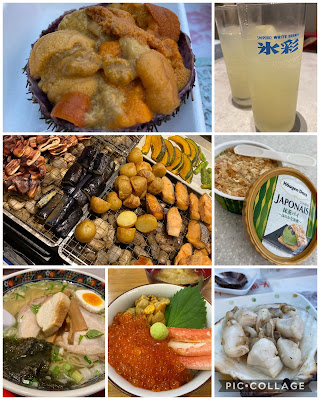 Y'see, I can understand when it comes to supporting your home country in sports but I can't wrap my head around folks supporting foreign clubs filled with millionaire sportsmen who some I'll bet has never even heard of your home country. But I digress. It was quite an experience to be in Tokyo during their winning streak, the team was everywhere in the news and you could see the banners and all that. Back to food, another observation we made while in Hokkaido was that the highball drinks appear to be rather diluted, compared to the ones we eventually had in Tokyo. 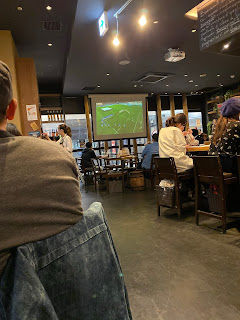 the haagen dazs ice-cream flavors are truly mind-boggling. i spy the matcha pie in your collage!

Heh, I have more on the Japanese HG flavors, which I'll probably post another day! Thanks again for dropping by!