Cavalock and The Teotihuacan Throw-down

One of the most interesting meals so far this has got to be dinner at Japanese beef joint Yazawa at Robertson Walk. Reminded us of all them Japanese beef restaurants that we visited in Japan as in it reminded us of the fresh and high quality food, and not the dark, dimly lit interior. I mean, it was our first time there and we only saw like, a tiny part of the restaurant and it was pretty damn dark. Anyway food was good and we went with friends who frequent the place so we something that was off the menu. Thin strips of beef, lightly grilled and then quickly dipped in raw egg. Nice but little too pricey. 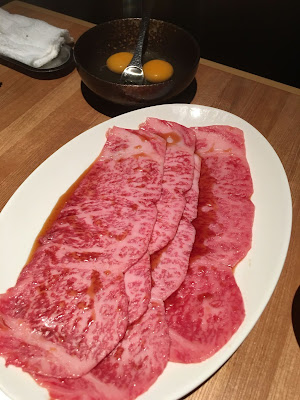 After dinner, we took a ten second stroll over to sake bar Orihara next door. Counting the highball she had at Yazawa, the Baker-at-Home went for her second, and third and fourth drink (you get the idea) for the night with a sake tasting session. Me? I just stuck with my Suntory Premium Malt. They got an appetizing oden and yakitori menu as well and we are definitely eager to give them a try next time. 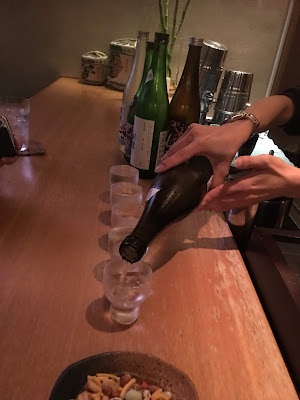 Oh yah, and we dropped by Meidi-Ya before dinner and found this. Pringles instant noodles! Not our thing but I believe folks out there are into this. Only $3.40 for one with Jalapeño and Onion flavour tub. 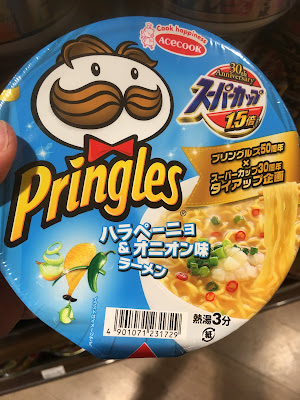 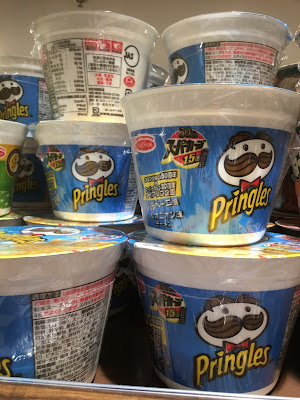 Got the opportunity to play a game of Teotihuacan a couple nights ago. It's a new boardgame that one would call a heavy euro game. Came out at the tail-end of last year and it became a huge hit. A lot of strategy, hardly any randomness even though dice are involved, you don't roll them at all. Won my first three-player game with some luck even though I must say, this is a game with very little luck involved. Luck to me was getting the starting tiles that allowed me to advance my tech. I stayed away from building pyramids even though that could get me points. You can do stuff to get points but you can't do everything. So players move around the board to gather resources such as wood, gold, stone and food. To get fame points you need to do stuff like build pyramids, houses and so on, different tasks require different resources. 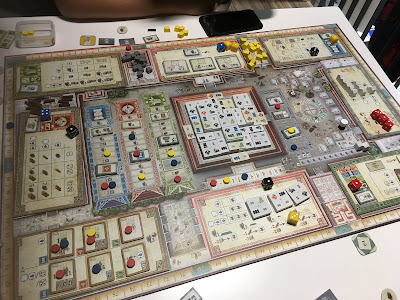 "Travel back in time to the greatest city in Mesoamerica. Witness the glory and the twilight of the powerful pre-Columbian civilization. Strategize, accrue wealth, gain the favour of the gods, and become the builder of the magnificent Pyramid of the Sun.
In Teotihuacan: City of Gods, each player commands a force of worker dice, which grow in strength with every move. On your turn, you move a worker around a modular board, always choosing one of two areas of the location tile you land on: one offering you an action (and a worker upgrade), the other providing you with a powerful bonus (but without an upgrade).
While managing their workforce and resources, players develop new technologies, climb the steps of the three great temples, build houses for the inhabitants of the city, and raise the legendary and breath-taking Pyramid of the Sun in the centre of the city.
Each game is played in three eras. As the dawn of the Aztecs comes closer, player efforts (and their ability to feed their workforce) are evaluated a total of three times. The player with the most fame is the winner."