There I was, back in Tokyo again after just four months away. And I have to say it feels wonderful even if the country was right smack in the middle of a freakin' record-breaking heatwave. So what did I do more this time than previous trips? Eat outdoors of cos! 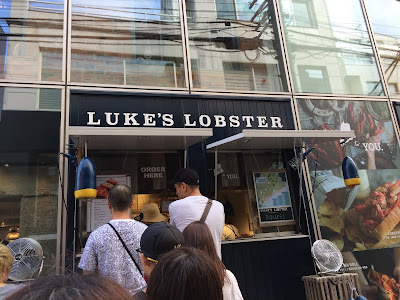 One of last week's favorite meals has got to be Luke's Lobster, situated along a little side street in Harajuku. It was a blistering Saturday afternoon as we criss-crossed the back alleys. With all the publicity this joint has been getting, we braced ourselves for a long queue but were pleasantly surprised to spot less than eight others ahead of us. 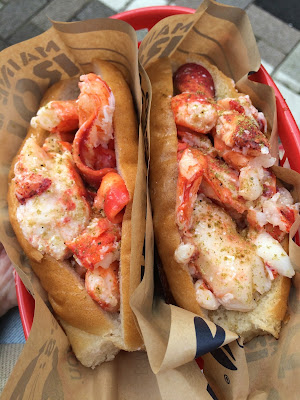 We all went for the larger U.S. sized lobster roll which is really what we would recommend to everyone. It was great. Now I never had a lobster roll in New York before but I simply can't imagine anything beating this. There's very little seasoning so you are getting really amazing meaty lobster goodness with every mouthful. The bun was also lightly toasted and buttered, together with those chunks of lobster in them, this was a winning lunch on a hot Saturday afternoon. 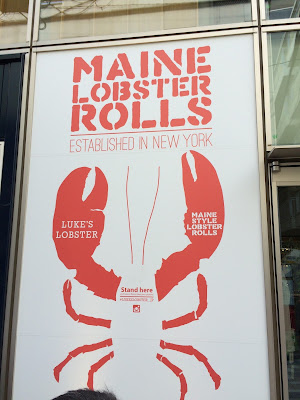 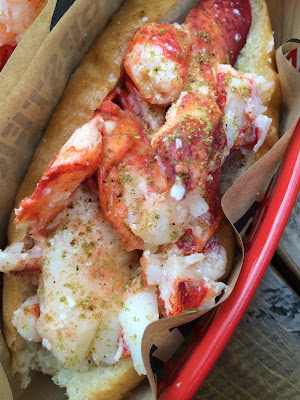 Well, I gotta admit I was one of the many who flew outta the island during the National Day weekend although technically I left on the Wednesday before and returned seven days later. Anyway, we didn't need SG50 to make this memorable trip. On Sunday 9th August at about 6.15pm, I was on the 21st floor of my hotel room getting ready to head out for dinner when I felt the place slightly tremble for about 5 seconds. The table and floor kinda shook a little, I asked around but no one else felt it at all. We had the T.V on and several minutes later I was vindicated when a newsflash came on about a 4.2 magnitude quake over parts of Japan including Tokyo. Of course, little tremors like these are rather common and none of the locals were particularly fazed by it at all. 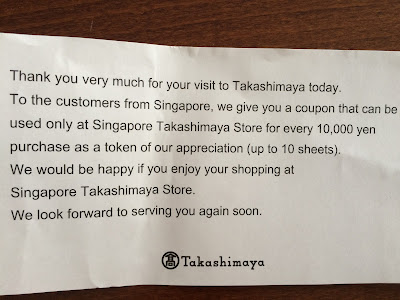 This was in the news during the National Day weekend too. Takashimaya in Tokyo Times Square was giving away some kinda special gift to Singaporeans shopping there but the articles I read didn't exactly say what it was. I wasn't expecting anything but it was nice to receive a S$12 voucher to use back home.