Cavalock and The New Coffee Machines

So with tonite's purchase at the Takashimaya Sale, that makes 3 households from the group that now owns an Nespresso coffee machine. You are looking at over one and a half grand worth of coffee stuff in the pix, 2 machines, hundred plus coffee capsules and glass cups and saucers. Geez, so where do I begin? Well, I guess the short version is everyone in the group sort of psyched each other into buying one would be the simplest answer. 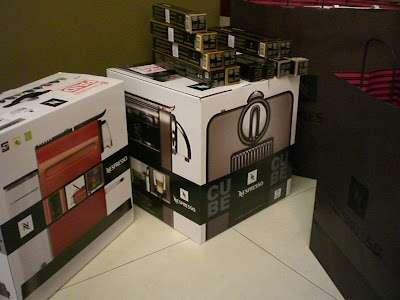 I'm actually not that fussy with my coffee at all, really .... not a big fan of Starbucks, prefer kopi tiam kopi, drink instant coffee with a shot of Bailey's in the morning but have since stopped cos the bottle's empty now. <^;^> 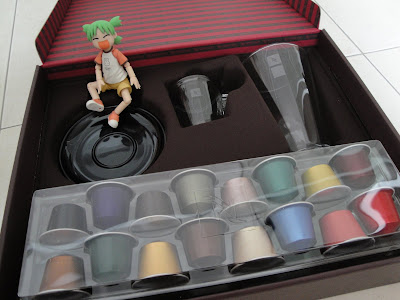 Have yet to make myself a cup. Thought of maybe making myself an omelette like the last time, some toast and a new cup of joe over the weekend. 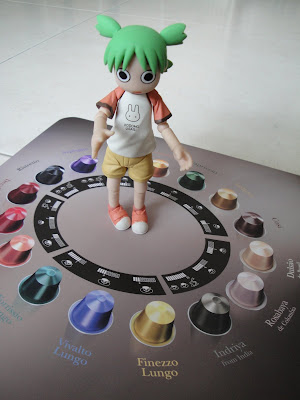 Bought a couple of other cool stuff books from Kinokoniya that I wanna share to any folks out there who like food. First up is 'How to be a better foodie' by Sudi Pigott. Was an impulse buy, saw it going for like only S$11 (with my member 20% discount) and 300 pages full cool food facts, humor like what a foodie should wear, there are no pix though, its all copy. I haven't read everything yet but hey, for 11 bucks, it's good enough for me. 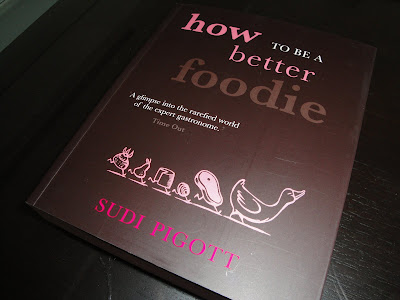 Something else I got from Kino is the manga series Oishinbo. It's one of the best-selling, award-winning manga around. About a cocky young food expert/journalist Yamaoka and his culinary adventures.
Serious yet comical, exhaustively detailed yet endlessly entertaining, Oishinbo is a fascinating, addictive journey through the world of cooking and food culture. Each volume follows Yamaoka and his colleagues through another adventure on their quest for their quest for the Ultimate Menu. Now, the highlights from the hundred-plus volume series have been selected and compiled into A la Carte editions; bite-sized chunks of story arranged by subject that add up to a full-course manga meal. 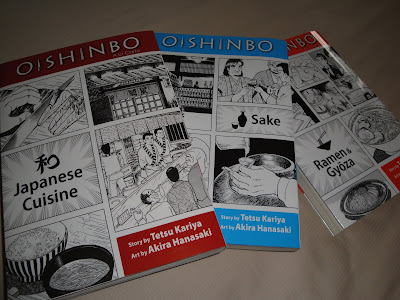 So far, 3 volumes have already been released. Japanese Cuisine, followed by Sake and the latest on Ramen & Gyoza. These volumes have been flying off the shelf, I kid you not. Every other week when I'm at Kino, I see a full shelf, the next week I'm there, they are almost all gone. Then it's full again BUT another week later ... well, you get the idea.
Posted by Cavalock at 11:22 pm

Coolness... you bought the nespresso. Waiting to see your breakfast fit for a king. How do those capsules work? I'm curious.

Ice: nah, the breakfast is almost the same as the omelette pix. will post some pix of the nespresso in action later.