Cavalock and The Gym Villain Team-Up

After viewing all them mesmerising videos of overflowing ikura and reading the food reviews, we finally hauled ourselves over to Kyuu along Keong Siak Road. There's only the Omakase dinner menu to choose and of cos I had to have a high ball to go with that. 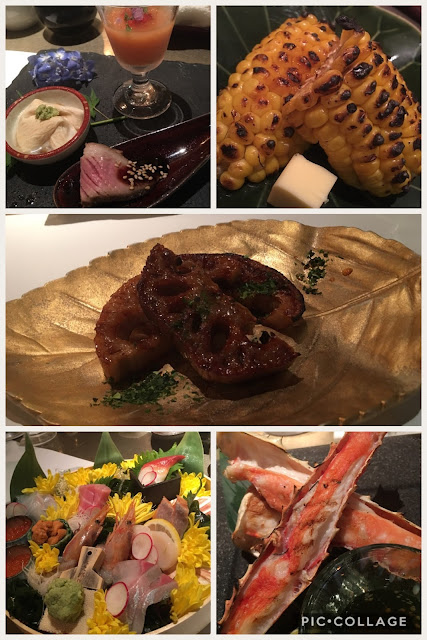 Couple of the highlights from the list of 10 dishes with the almost non-stop avalanche of (extremely) fresh ikura being tops. I'm not a huge fan of lotus root but the lotus root with sweet soy sauce was an unexpected delight. All that sashimi was another favourite that everyone enjoyed.

Then came the penultimate ikura and rice just before dessert. It does live up to the hype if you are anywhere near being an ikura fan. But one of the more memorable things bout that evening was this guy and his social escort/hooker that was seated at the bar right next to us. Quite a spectacle. I can't think of any politically correct way to describe his or her appearance but they certainly enjoyed themselves.

Gotten back to the gym and one thing I like doing there is giving names to the folks working out there. I'm usually there in the off-peak morning so the place is pretty empty. There's the Marvel Comics' Kingpin lookalike, Batroc the Leaper cos he's (I think) French and very fit plus a buncha Putins. Yah, more than one Putin lookalikes here. It's like a crazy super-villain team-up every time I work out. I refuse to know their real names cos that humanises them. Hah!

Me Dad found an eagle's nest at Fort Canning couple weeks back and has been snapping some pix. 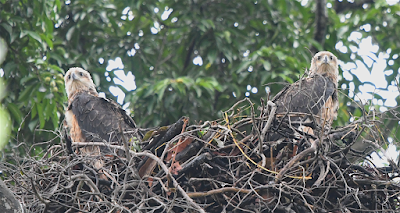