Cavalock and All Them Gatherings of Friends

Last August was a pretty good month for me as I got to meet with friends for meals more times than I had in recent memory. Lunch at Far East Plaza's Maddie's Kitchen, breakfast at Tiong Bahru Market and two epic meals at Kakiin Oyster Bar and my first time ever at Pistachio Middle Eastern and Mediterranean Grill. Four meals with friends in a month and I don't feel like a bloody hermit anymore!

The oyster bar dinner at Orchard Plaza was fun although one of the guys couldn't make it at the last minute so it was three guys eating and drinking. Lots of great oysters obviously and highballs too. And several servings of chicken liver which the guys really liked, that was quite unexpected. Now this dinner was especially memorable as it was planned way back at the beginning of June and postponed twice cos of the on-again-off lockdowns we been having. 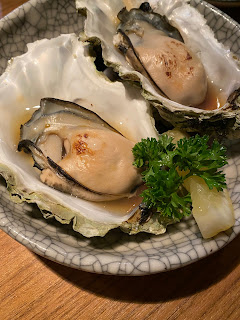 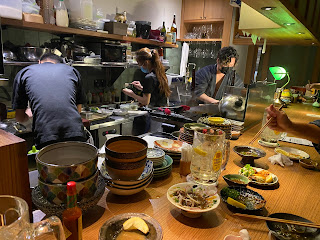 Lunch at Pistachio over at Wheelock Place was also kinda memorable cos its been ages, years actually since I had a meal in Wheelock Place. It wasn't just me, the other guys also said the same thing. Since Borders closed, we didn't really have a reason to go there anymore expect maybe cross over from Ion to Isetan I guess. Anyway my friend ordered the tomahawk steak couple days ahead so that's what we had. Quite a table spectacle to be honest, torch flames and all that. Great lunch with even better company. 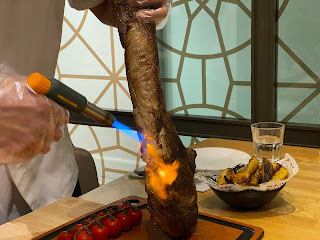 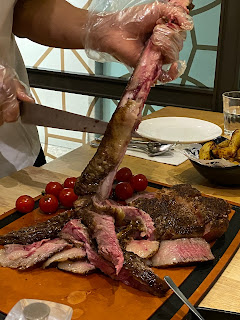 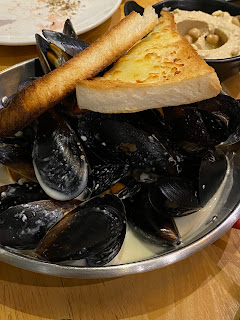 Got a proper game of the award-winning Terraforming Mars last week too. This is one of the most popular modern boardgames around and also one of the more complex ones. The players are running corporations in the near future and we are racing to colonise the Red Planet. The first time I played, this was several years ago, was against a buncha folks who knew the game (with expansions) inside out and naturally I was slaughtered. Then bout a year after that, I played it again with almost the same folks, by then I had already forgotten my earlier mistakes and rules, which led to another massacre. But last week, my friend sat us down and explained the base game, and I finally played a proper game with a total understanding of the rules. Good game, quite thinky at times, decent amount of player interaction. Looking forward to have another go at it. 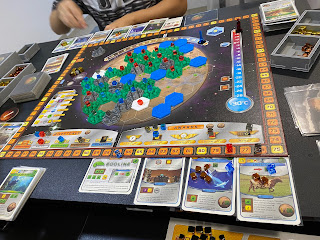