Cavalco and The Night of The Near Miss Tourney

So close yet so far. Damn! I was just one point away from taking home the glass trophy last night at the Beastgrave tourney. It's the Warhammer Underworld miniatures game, a tabletop game with little figures and not a video game. The team or war band that I fielded was the Grymwatch, a pack of ghouls who play a very tactical game of gaining points by grabbing objectives instead of by killing off the opposing team. I maneuvered my guys to certain locations across the map or game board to score them while trying to not get killed off. It worked well for me but I made some silly mistakes or miscalculations that deservedly cost me that one game. Oh, there were six of us and we played three games each. Two of my games were up against Stormcast Eternals which I won, lost to a Nighthaunt war band. I didn't know I was behind by only one point until it was over, maybe if I knew I would have played differently.

Anyway I had a blast playing in the tourney, absolutely enjoyed myself and came home to this freshly baked loaf of raisin bread that the Baker-at-Home was busy with while I was out. 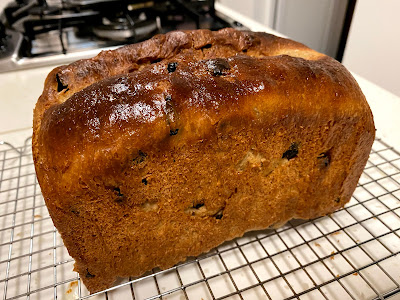 My Gyrmwatch crew in action. We all also got a little pack of Skaven ang pows or red packets at the end of the night. Quite possibly the most ...hmmm... unholy-looking ang pows ever made. The Skaven are "the evil ratmen who gnaw at the very fabric of reality. Serving the Chaos deity known as the Great Horned Rat, these sinister creatures seek to undermine the Mortal Realms, conquering with raw cunning, overwhelming numbers, and strange inventions." 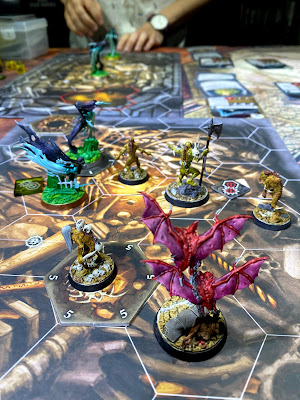 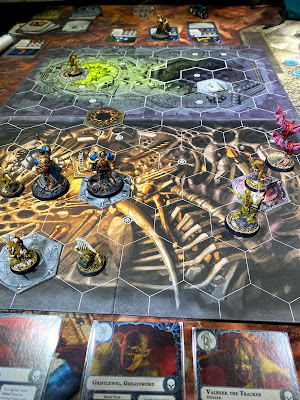 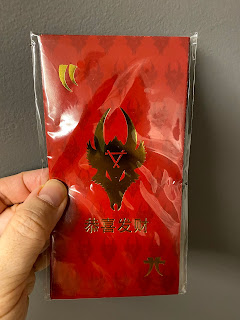 Something new to our renovated apartment. The Baker-at-Home's little Click and Grow indoor herb garden. We grew some basil, thyme and rosemary over the last couple weeks. She re-potted the basil the other day and ... what? no, that's not WEED. Really, we are not growing WEED! No one said anything bout growing WEED, I don't think that's even possible or ... er ... legal. Why everyone thinks we be growing WEED mon? 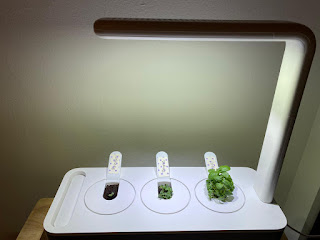