Cavalock and The Charcoal Wok Wonder

All right, as I was saying in my last post, the presence of duck eggs enhances the flavour of Penang's char kway teow to a level I never thought possible. We visited the popular red hat auntie char kway teow at Kafe Heng Huat along Lorong Selamat. Most memorable part of it was the charred wok flavour that I have yet to enjoy back home here in Singapore. 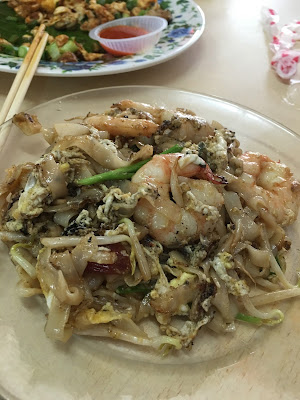 Liked it so much that we returned for lunch one more time but that's when we observed something interesting on our way out. Next to the famous auntie working her charcoal wok was a younger man, maybe her son, dishing out char kway teow over a gas stove. It appeared that he was dealing with the small and medium orders while she was handling the large ones. No wonder our second visit when we ordered the smaller dishes, it tasted a wee bit lacking of something. Could it be our last dish was prepared over a gas stove instead of charcoal? It's still a delicious dish but maybe if we are ever there again, to choose the large dish or at least to ascertain who's cooking which. 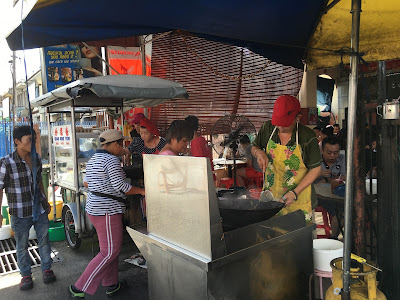 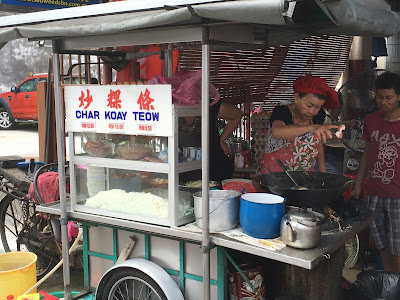 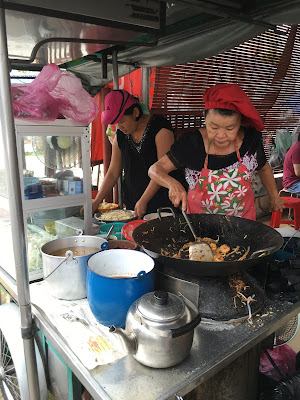 And now this. Looks like in Penang even petty crime needs a power nap. No zoom lens were used in the shooting of this potential Pulitzer Prize-winning photo of the city's dark and seedy underworld. I inched perilously close for my shot, fully aware that one of them could stir awake at any moment and assault me with a massive parang. Three against one, yah I like them odds. ;) 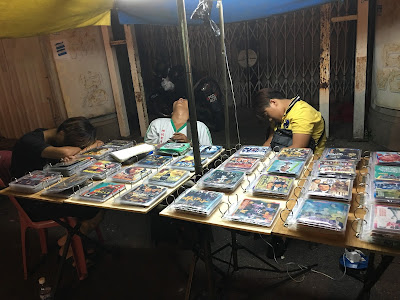