Cavalock and The Hidden Graves of Edinburgh

Alright boys and girls, lock the windows, light the candles and get ready for a special pre-Halloween post. 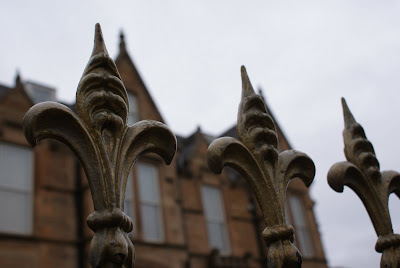 So did I have a supernatural encounter in Edinburgh aka world’s most haunted city? No I didn’t, sorry to disappoint anyone. Stayed in Bruntsfield Hotel and then hung around the town of Leith. Which just so happened to be one giant mass grave!!! Bwah-haha, really. 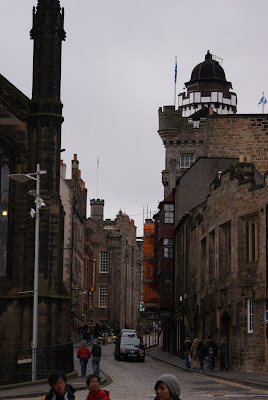 According to Edinburgh’s Dark Side, numerous victims of the plague were buried here and one time ‘the plague was so aggressive that half the population of Leith was completely wiped out’. And today ‘bodies have been turning up in private gardens in what was the Burgh Muir area ever since.’ 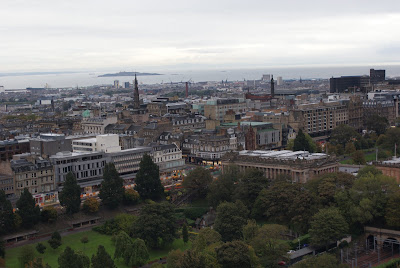 A breathtaking view, grassy plains and freezing winds, they are all waiting for you at the top of bright and sunny Calton Hill. So what’s the spooky angle? ‘It’s said that witches of old would dance nightly upon Calton Hill, with a fairy boy from Leith as their drummer, and modern witches and pagans still do, once a year.’ 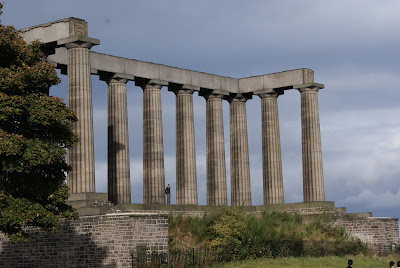 There’s more! ‘At least eight murderers are buried in unmarked graves on Calton Hill.’ What a great place! <^;^> 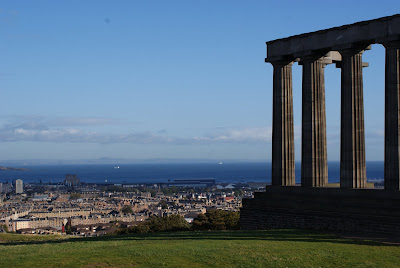 And for the last food pix from Edinburgh, it’s a hearty hotel breakfast and my first taste of haggis. Was ok, found it kinda bland actually. Anyone else ever tried one before? 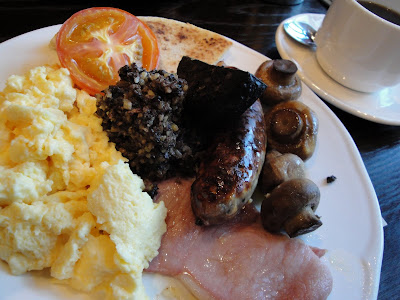 Next, it’s back to London, that means more food, buying stuff that I can never find in Singapore and yes, I do have to say ‘Don’t narc on me!’ to that one. :P

Tried haggis twice. It's nice! Anyway, I have great respect for national specialities anywhere. Most of them are connected with traditions or have a story. Some saved people during a starvation period -- like "kalakukko" in Finnland which is fish in a rye bread shell. Or it was created from what you had left during a siege or on ships -- like Hamburg's "labskaus", a mash of potato and salt meat with redbeet and a herring on top. All of them surprising experiences!

Thanks for dropping by!